As Punxsutawney Phil sees his shadow in his Pennsylvania town, alerting us of the six more weeks of incoming winter, Spurs fans are having a Groundhog Day of their own – another transfer window slamming shut with no new signings. This follows two windows that saw players make their way to N17, and given the current state of the economy a blank window was something to be expected. With all of that context, Spurs fans were still crying out for someone to make their way to the Tottenham Hotspur Stadium to inject some new life into his team that seems to be struggling. Looking from 30,000 feet above, things aren\’t exactly falling apart, however. Spurs currently sit sixth in the table on 33 points after 20 games played. The Lilywhites also find themselves in the Round of 32 knockout stage of the UEFA Europa League where they will play the first of a home and away tie against Austrian Bundesliga side Wolfsberger AC in two weeks\’ time. Domestically, Tottenham also are still alive in the FA Cup with a matchup against fellow Premier League opposition Everton on 10 February as well as the final of the Carabao Cup against Manchester City in April. Being in all of these competitions is something to take heart in as a Spurs supporter. The flip side of these competitions, however, is that it means the fixture list will not be relenting any time soon. This packed future along with the poor form of winning only 3 of the last 10 in the Premier League in the last two months and the cherry on top of the sundae of Harry Kane and Sergio Regulión missing a few weeks due to injury leaves Spurs fans clamoring about the state of the current squad. 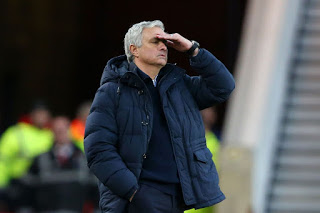 The question then presents itself: So, now what? Where does this team and this organization go from here? The upgrades in the summer have proven to be not quite enough to keep this team in the mix for the title race and the tactics José Mourinho has chosen over the last couple of weeks suggests a lack of trust or belief in certain players. So what happens next? The solution lies in something former manager Mauricio Pochettino called a \”painful rebuild\”. The team must be broken up and a massive refresh must happen. Firstly, the \”dead weight\” must be shed in order to help fund this refresh and certain players that have been great servants to the club must make way. These are the first-team players that we could feasibly see leaving Tottenham in the near future if a overhaul is to happen:

Ten players that normally find themselves in the match day 18 leaving in one window would undoubtedly be a huge blow, but it would be a necessary one. This club is also in a position to be genuinely concerned about the homegrown quota for the European competitions. Young and talented English players should be top priority when searching for replacements. All of this is pure speculation, of course. However, the way forward for this Spurs team is one that will need to deal with some painful decisions. Since a list of outgoings was mentioned, a list of incomings will also be mentioned.

Dean Henderson – Hugo Lloris has been solid between the sticks this season and is arguably the best shot stopper in the league. However, he is aging and has been reported to have rejected a contract extension with an eye on spending his waning seasons in Paris. Henderson would add English talent to the squad to help with numbers and provide a small drop off in quality.

Ben White – Bursting onto the scene during Leeds United\’s Championship-topping season, White has been a mainstay at the back for a stingy Brighton & Hove Albion defense this season. The defender would add depth and quality to the back line and also be another Englishman into the side.

Milan Škriniar – The massive defender has been linked with Spurs since the summer. He would add height and a wealth of talent to the defense. The Slovak would slide right in as the starting right-sided center-back if he were to come in and could be an anchor for a formidable back four.

Max Aarons – An upgrade on the current right-back situation at Spurs would undoubtedly be a costly endeavor. Aarons may not fit the \”Mourinho mold\”, but he is and will be a quality squad player for a Premier League side, and yet again add to the English quota for Spurs.

Marcel Sabitzer – A player that has been linked with Spurs for quite some time will seemingly be a top target for Levy & co. during the summer window. A top quality player that can be an engine in the midfield would be a welcomed addition for José Mourinho and with only one year left on his contract come June, will be a bargain buy for Daniel Levy.

Ryan Gravenberch – Gravenberch is on this list purely because of how highly I rate him. His ability to shuffle around the midfield and play all three positions is extremely desirable for the players that are already in the squad. At 19 years old, Gravenberch has the potential to grow into a superstar for Spurs, if it is able to beat other big European sides for the Ajax player\’s signature.

Danny Ings – Daniel Levy would do well to raid the South coast side for another key piece in the Saints\’ target man. Ings will be 29 years old this summer with one year left on his obligation to Southampton. A perfect opportunity for Ings to move to a side that will (hopefully) be playing European football in 2021/2022 and provide some true backup with Premier League experience for Harry Kane. The links during this January window bode well for the Englishman\’s move to N17 as well.

Jack Grealish – The most ambitious name on the list is one that ENIC & Daniel Levy need to pony up and splash the cash on the table for arguably England\’s most in form footballer. There is a reported (& understandable) bad taste in Grealish\’s mouth toward Spurs following the £4 million + Josh Onomah debacle a few windows previous. Grealish would instantly solve many of Tottenham\’s problems as well as bring a grittiness and swagger to the side that simply is not involved with the players that are currently playing.

Everything we\’ve discussed in terms of specific names is obviously just opinion and things that would be nice to see. Something that is not opinion though, is that this current Spurs side is not living up to its potential and arguably not living up to its expectations. The summer window will hopefully be a busy one with the goal and hope being that the lads in Lilywhite have tired arms from lifting trophies during the 2021/2022 season. Lastly, this look ahead is in no way a towel being thrown in for the current 2020/2021 season. Spurs are in a cup final, still alive in two other knockout tournaments, and have the opportunity to take the drivers seat in the chase for a top 4 Premier League finish. While those facts are appreciated, it would be dangerous and naïve at this point to neglect looking towards the future at Spurs.